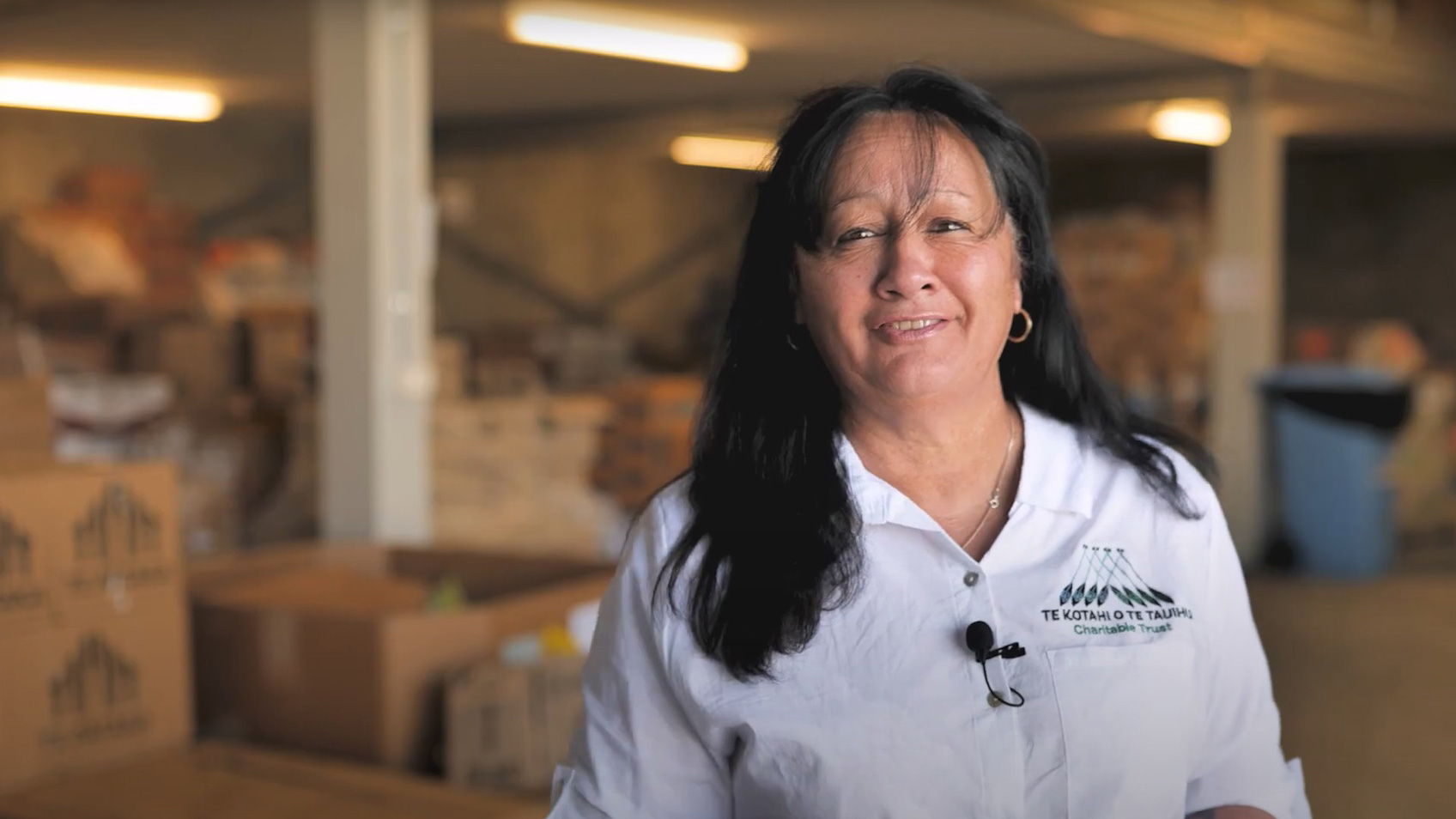 An iwi collective born out of the COVID-19 pandemic has quickly become part of the landscape in Te Tauihu o Te Waka-a-Māui and is harnessing the power of kotahitanga to tautoko whānau.

Building on that unity, in 2021 they established Te Kotahi o Te Tauihu Trust to look beyond COVID-19 and tautoko their collective aspirations for whānau Māori in Te Tauihu to take root and grow.

“Yes, they’re big goals but, together, we do have more strength and in just over a year this collective has shown it can make a difference,” Dr Lorraine said.

Te Pātaka
In the recent extreme weather, whānau cut off in the remote areas of Marlborough Sounds and on Rangitoto ki te Tonga, or d’Urville Island, were happy to see Te Pātaka kai boxes – and a friendly face – arrive on the chopper.

Te Pātaka is an emergency kai network that was formed in Wairau during the early days of COVID-19. With the tautoko of the eight iwi, it was expanded last year to support whānau in Whakatū, Motueka, Mohua, and all the areas in between. Recently, governance of the network shifted to Te Kotahi.

As soon as the weather set in, kai boxes were sent from Te Pātaka warehouses in Waimeha, or Richmond, and Wairau to marae across the rohe, to prepare for evacuees or stranded residents.

In the past two and a half years, kai has been provided for more than 6,000 whānau. That's something the entire community can take credit for, says Dr Eade.

“I think the success of Te Pātaka two years down the track comes down to the model set up by the original group behind Te Pātaka Inc, their hard work to get it up and running in the Wairau, and then their dedication to showing funders it was a model that was doable, that was needed and that had to be a ‘for Māori, by Māori' approach,” Dr Eade said.

“None of this could have been achieved without the commitment not only from the iwi and marae of Te Tauihu, but also from organisations like the Ministry of Social Development, Te Pūtahitanga o Te Waipounamu, Te Puni Kōkiri, the NZ Food Network, the Department of Conservation, the three local councils, Opal Kiwi Packaging, and dozens of volunteers and local businesses.”

Eade says, although born out of the pandemic, Te Kotahi o Te Tauihu Trust is not a short-term thing.

“One of the reasons we wanted to be able to take Te Pātaka under the wing of Te Kotahi, is to ensure its sustainability. This collective is not here just for the pandemic. As long as whānau need us, we’re here to stay.”